AN INDEPENDENT VOICE FOR THE ARTS

As the state’s independent, sector-wide representative arts body, the Arts Industry Council of SA (AICSA) is extremely valuable to the South Australian arts sector. AICSA was constituted as an incorporated institution in 1991. The Council receives no operational funding from the government, and derives its support from the industry through member subscriptions, fundraising, sponsorship and in-kind donations.

Our members include over one hundred of the state’s arts and cultural organisations and independent artists. It is to our credit, the South Australian arts sector, that our collective commitment to maintaining our member subscriptions, allows this tradition to continue here today.

South Australia’s diverse and vibrant arts sector is strong, stable, visible and valued, and is both well-resourced and well-represented.

The role and impact of the arts is understood as critical to South Australia’s cultural identity, economy, and wellbeing.

Our members are powerful advocates for their own work and that of the broader sector.

We imagine a future in which…

In 2021 AICSA celebrates its 30th anniversary and we are delighted to present this revised strategic direction which has been prepared by AICSA together with Strategic Consultant Kate Larsen. This new plan outlines a vision for AICSA and its priorities for the next three years.

The Arts Industry Council of South Australia (AICSA) is managed by an executive of up to thirteen people comprised of up to TEN elected and THREE co-opted financial members. The Executive Committee members volunteer their time to carry out AICSA’s work and are supported by a part-time (two day per week) General Manager.

At the Annual General Meeting held on 25 May 2022,  there were six nominations received for the Executive Committee with eight vacant spaces. AICSA is very pleased to welcome Dr Samuel Whiting and Jo O’Callaghan as a new Executive Committee members and Emma Webb, Justyna Jochym, Eleanor Scicchitano and Vince Ciccarello returned for a further two year term.

AICSA also said farewell to outgoing committee member Kristen Eckhardt. AICSA thanks Kristen for her extraordinary work with AICSA and her many achievements and we wish her well in all of her future endeavours.

The Arts Industry Council of South Australia (AICSA) Annual General Meeting is held in May. The Finance Report is presented to the membership along with the Chair’s Report. Nominations and elections for the Executive Committee are also held at the AGM.

For voting rights at the AGM, please become a financial member of AICSA or ensure that your AICSA membership is up to date. For any membership queries please contact AICSA General Manager at info@aicsa.net.au 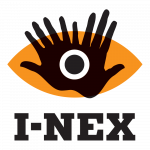