The rally voiced concerns for the sustainability of SA’s arts industry, with arts organisations and artists facing the prospect of significantly reduced state government funding, compounded by cuts at a federal level. As attendees heard, local companies are under threat of closure and jobs will be lost without sustainable funding, affecting our state’s reputation as an arts capital.

Media around the arts funding rally included:
AICSA – Media Release: SA’s Arts Industry says ‘Culture Counts: No to Arts Funding Cuts’ (15 April)
ArtsHub – South Australians to rally against $8.5m in cuts (15 April)
InDaily – SA artists rally to highlight ‘wretched situation’ (18 April)
The Conversation – It is a great deal easier to eviscerate an arts sector than it is to build one up (21 April)

View the photos and discussions about the event on AICSA’s Facebook page.

AICSA will continue its advocacy on this issue over the coming months. Stay tuned to AICSA’s newsletter and Facebook for updates. 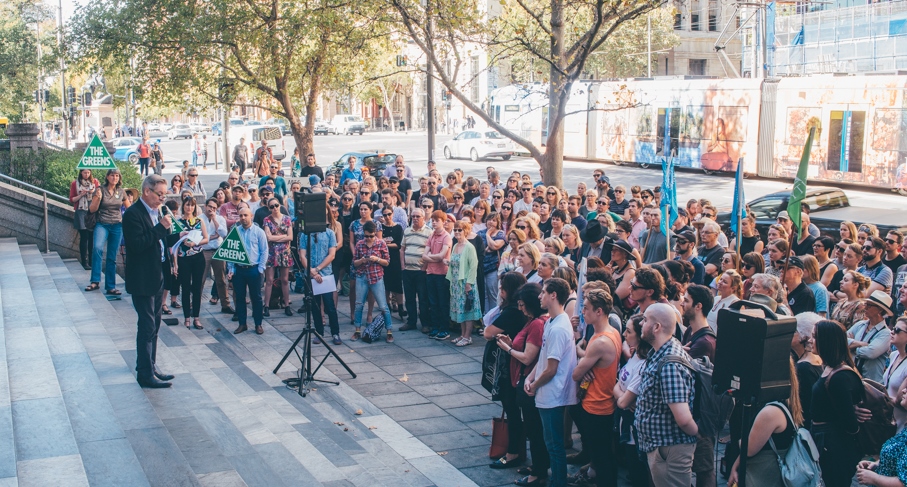